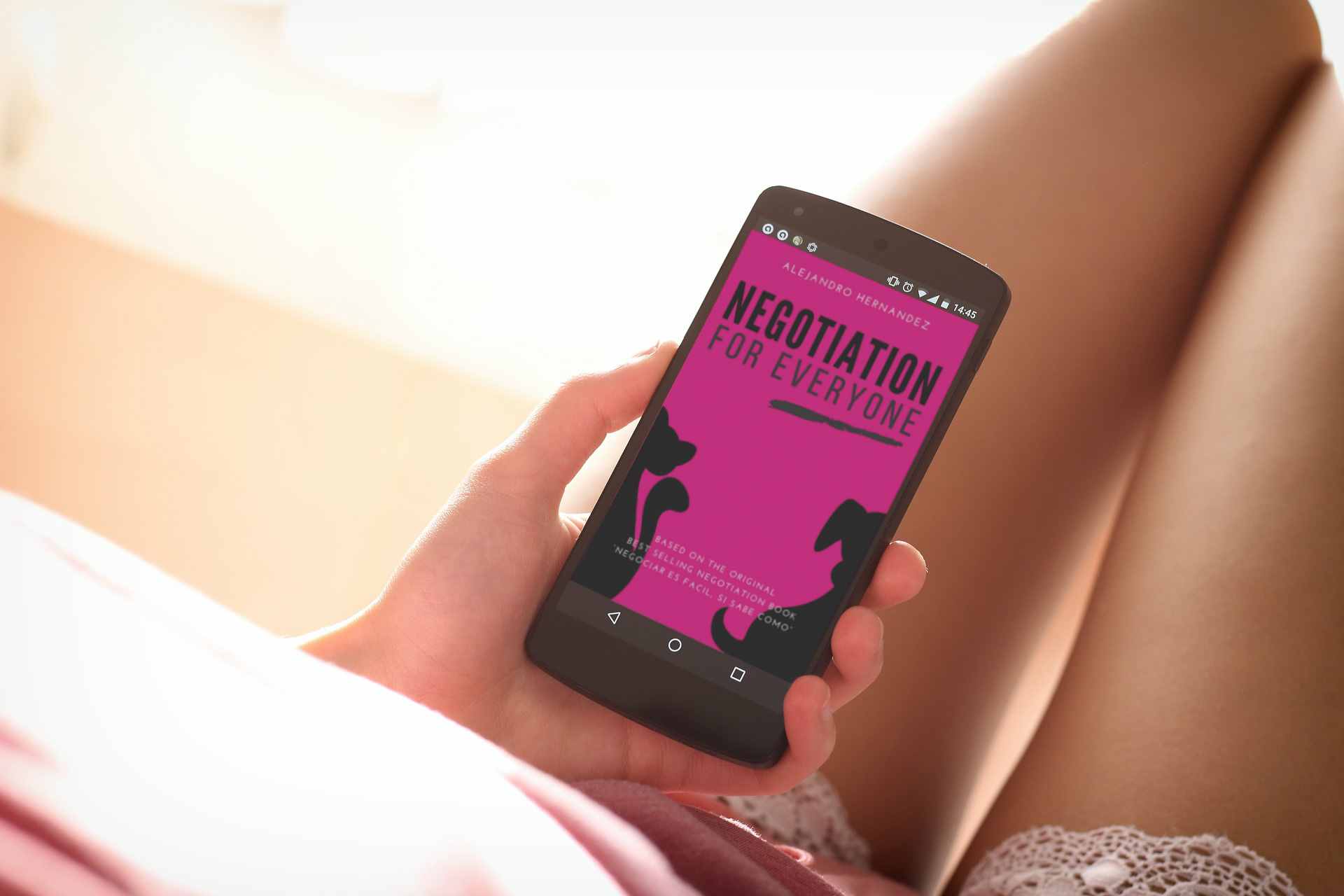 BUY THE BOOK ON AMAZON >>

Negotiation for everyone indentifies the key behaviors that will make you a better negotiator.

Since 1993 Alejandro enjoys giving seminars and conferences on negotiation. He has observed that many executives repeat certain natural behaviors when negotiating that are not effective. Behaving in a natural way by merely reacting instinctively to the other´s moves is not enough.

You will behave in a conscious way and have a framework for futures negotiations.

In this time of change it is when negotiation becomes even more important. This book should be read by all professionals who want to make a difference.

Only Alejandro is able to make easy, personal and fun, this concept that seemed so complex. When he explains, you get two concepts that are full of universality and simplicity. This book will make the reader enjoy and give them the keys that will bring on great security.

To sell you must “want ” to and this necessarily happens to “want” to be in the street. And this “want”, which until recently was not in style, it is now imperative. “Selling is easy” it gives you that energy, that excitement, that I want to sell, with concrete tools easy to use, with immediate transfer to the workplace.

A dangerous and subversive book! Alejandro Hernandez presents and synthesizes in a pleasant, rigorous and practical way the best systems and negotiation tricks of the century. Make sure that your boss or your competitors do not read it before you!