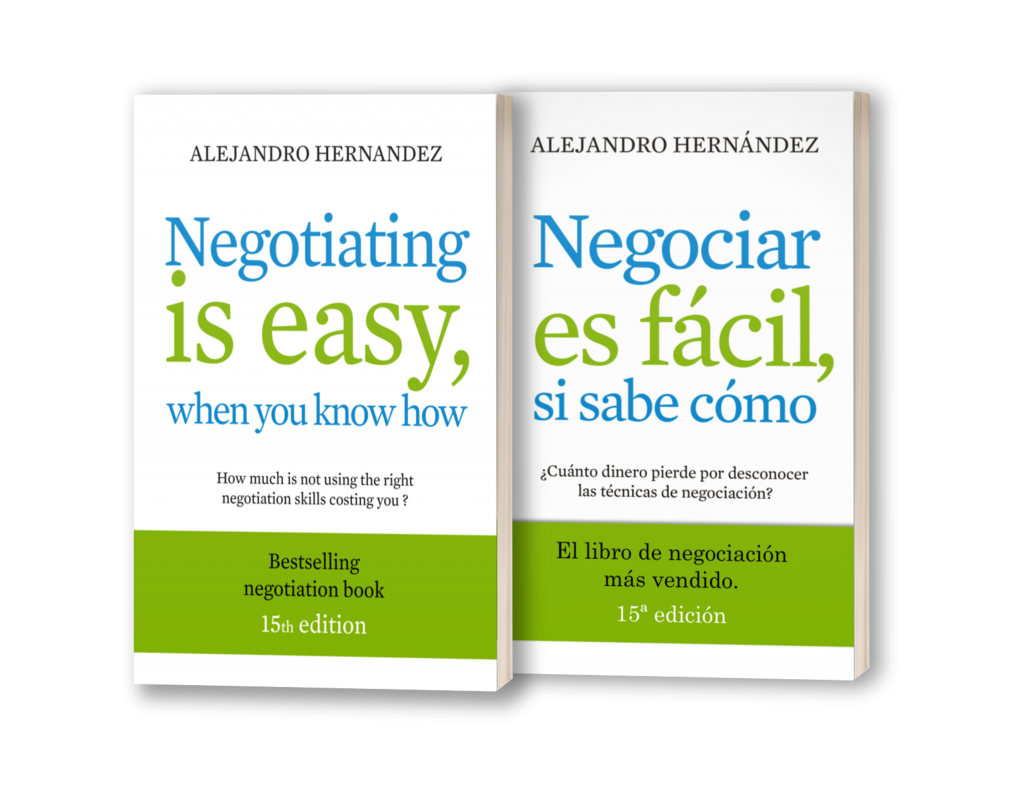 Since 1993 Alejandro enjoys giving seminars and conferences on negotiation. He has observed that many executives repeat certain natural behaviors when negotiating that are not effective. Behaving in a natural way by merely reacting instinctively to the other´s moves is not enough.

You will have a framework for future negotiations